As you may be aware of, Microsoft is ending its support for its popular operating system, Windows XP, on April 8th 2014. Just one month to go!

Released in August 2001, after over 12 years of support, its time has come.

What does this mean for Windows XP users?

You will receive no more security updates, and as a result of having no new updates, your computer will, as time progresses as it inevitably does, become less and less secure, and more and more prone to attacks from hackers.

Besides the security issues, you will find it increasingly difficult, with each year that passes, to find hardware that supports Windows XP, as hardware vendors always optimise their products for the latest and greatest version of Microsoft Windows. Hardware such as printers, scanners, etc.

“I’m not sure what system I am running…”

Microsoft are launching an advertising campaign, which tests your system, and tells you whether you are running XP or not. You will, more than likely, see this a lot over the coming month.

But if you cannot wait for that, then finding out is very simple. Follow these steps: 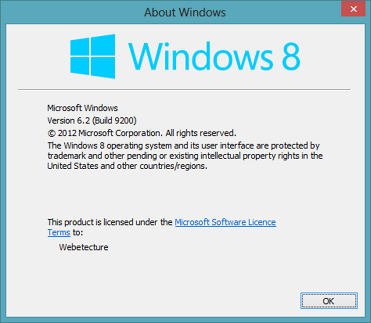 We also believe that your operating system, if it is XP, will alert you on 8th March at 3pm, tomorrow. For more information: http://www.microsoft.com/en-gb/windows/business/retiring-xp.aspx

You will need to upgrade your operating system, and likely your computer system, to a modern operation system, like Windows 8, or Windows 7.

We recommend upgrading to Windows 8. It may take some getting used to, but, with the right hardware, you will notice significant performance improvements, fast boot up times, and setting all that aside, it is the most modern Windows platform, which therefore makes it the most powerful and robust version of Windows to date.

Where can I find out more?